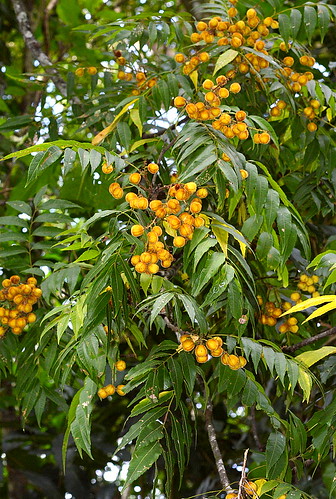 Sapindaceans. Or so I feel they deserve to be called. Many know them as the family of plants, the Sapindaceae, that gives us rambutans, lychees, longans, ackees, tamarinds, tuckeroos. What would tropical rainforest be without them. They may not be the tallest of trees, but collectively their contribution to tropical rainforest diversity and ecology ranks among the laurels (Lauraceae) and myrtles (Myrtaceae). In the Australian tropical rainforest at least, the Laurelian-Myrtacean-Sapindacean trinity rules.

The symphony of Sapindacean form is dramatic. As a family, the diversity of leaf and fruit forms amongst Sapindaceans are astounding. So much colour. So much texture. The Sapindacean symphony is well worth learning.

It turns out that spotting a Sapindacean in the rainforest is not difficult at all. One of the key characters of Sapindaceans can be very easily remembered by remembering their family name, SaPINdaceae. In most species, there is a very obvious “pin” at the tip of the compound leaf. 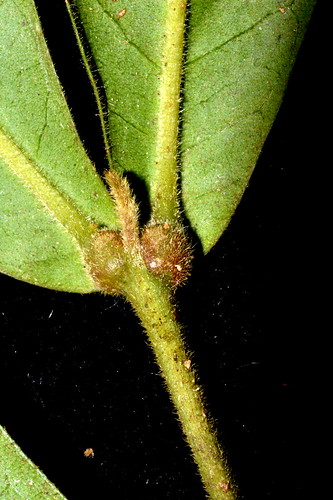 The SaPINdacean PIN (Note however the deviant Allophyllus and Cardiospermum)

The next very distinctive feature is that these compound leaves are almost always alternately arranged along the twigs.

And finally, the absence of stipules is another distinctive feature.

Now identifying species is a different matter altogether, and an immensely enjoyable one. Sapindaceans vary so much in leaflet shape, size, number, colour and texture, leaflet venation, leaflet margin features, leaflet accessory features that they never fail to entertain (and exasperate).

It is not easily to group genera of Sapindaceans by leaf features but some species do fall into somewhat readily recognizable groups.

Lets start with the BIG. Not in terms of tree size, but leaflet size. Some Sapindaceans have astonishingly large compound leaves (and leaflets). One of the wonders of the tropical far north must be to see Bernie’s Tamarind (Diploglottis bernieana). But Mischocarpus grandissimus is on par. 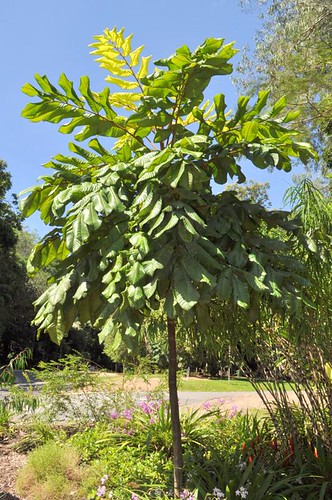 Diploglottis bernieana is now widely planted locally. It is not apparent here but those leaflet are a whooping 30cm x 20cm. 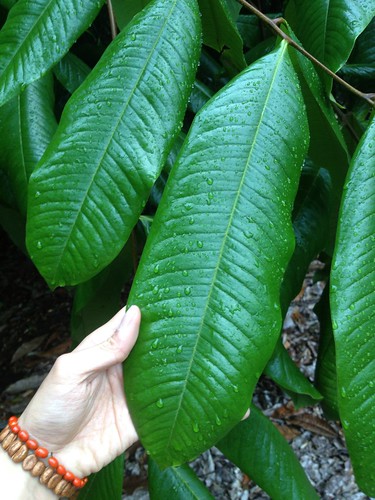 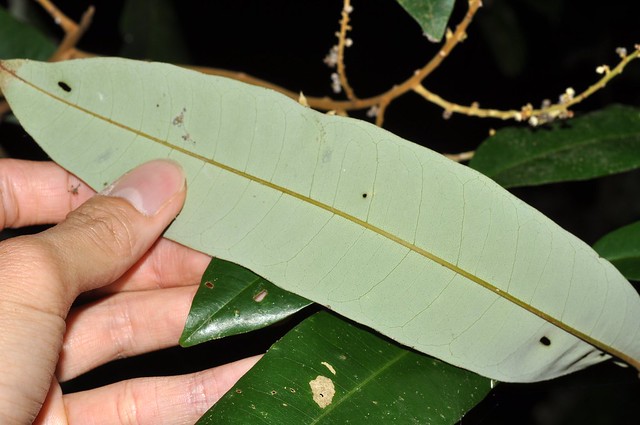 Castanospora alphandii is a prime example of a species with very glaucous leaflets. 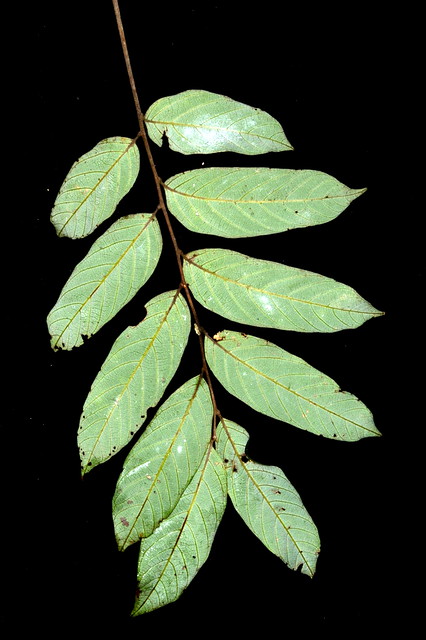 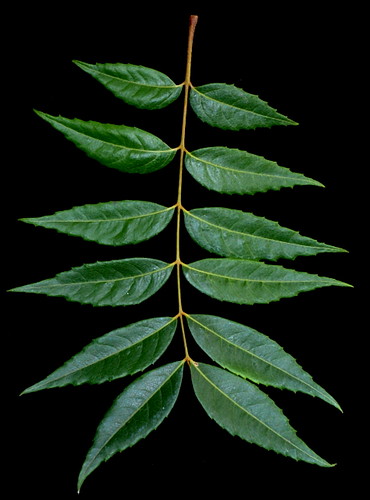 In a number of species, the leaflet stalks are absent or reduced, often into a bulbous knob. Guioa spp are prime examples, but this also happens with some Sarcotoechia. 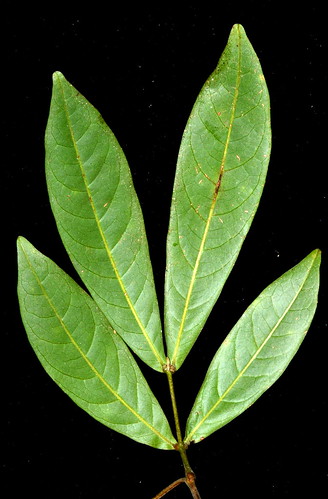 Sarcotoechia villosa with opposite leaflets with bulb-like stalks.

In some species, the rachis of the leaflets are winged – that is, the part of the leaf that holds the leaflets have wing-like bits of leaf lamina. This happens very conspicuously with Harpullia frutescens and H. rhyticarpa. The weird and wonderful savanna-occurring Atalaya also has this feature. 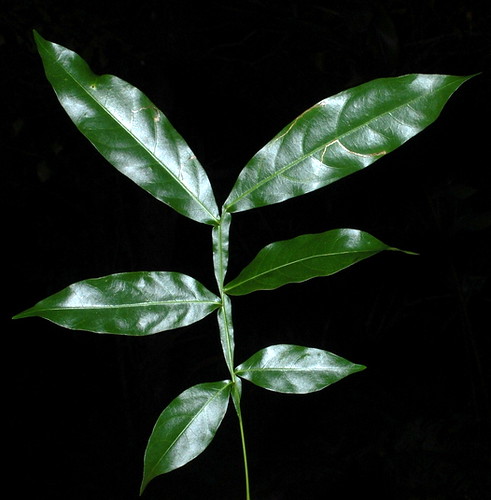 Many Sapindaceans are spectacularly hairy. The different extent of hairiness and depth of hair colour give the Sapindacean symphony texture. In Diploglottis there is a great multitude of shades of leaf colour because of these hairs. Guioa lasioneura and Mischocarpus lachnocarpus are have nice and hairy leaves. 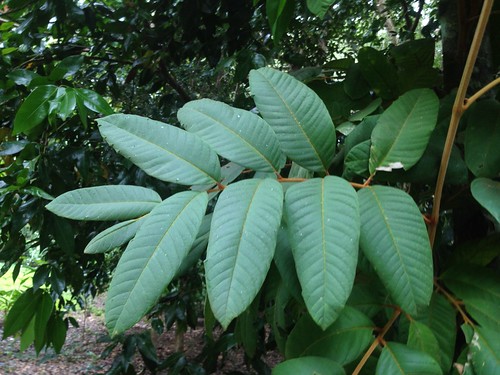 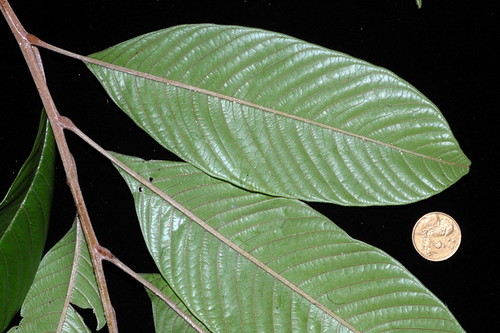 Diploglottis smithii looks silvery on the underside, partly due to the hairs.

But of course, many Sapindaceans are bald, and shiny too, and infuriatingly within some of those genera already mentioned. 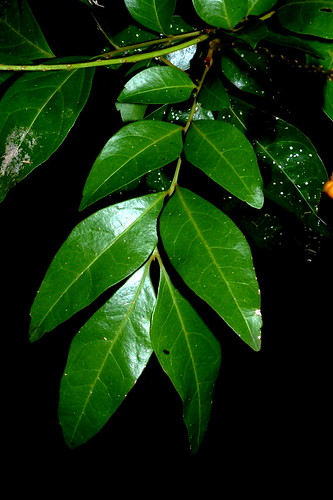 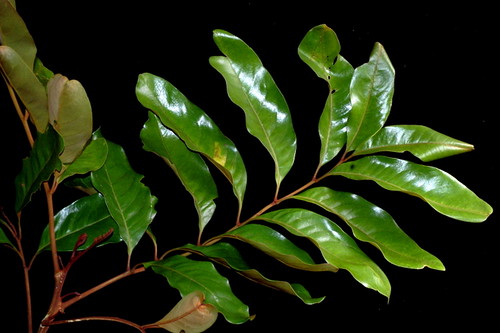 The Silky Oak (Cardwellia sublimis), yes sublime in its own right, is a Sapindacean imposter! It has alternate compound leaves, and even something like a PIN at the end of the compound leaf rachis. The bronzey-silvery sheen should be a good distingushing feature. 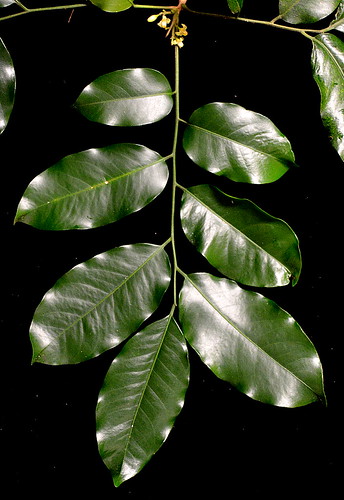 Dysoxylum latifolium also has the naughty habit of imposing as a Sapindacean. Can’t help there with distinguishing feature.

The Sapindacean Symphony is playing at a rainforest close to you. Don’t miss it.

I am David Tng, a hedonistic botanizer who pursues plants with a fervour. I chase the opportunity to delve into various aspects of the study of plants. I have spent untold hours staring at mosses and allied plants, taking picture of pollen, culturing orchids in clean cabinets, counting tree rings, monitoring plant flowering times, etc. I am currently engrossed in the study of plant ecology (a grand excuse to see 'anything I can). Sometimes I think of myself as a shadow taxonomist, a sentimental ecologist, and a spiritual environmentalist - but at the very root of it all, a "plant whisperer"!
View all posts by David Tng →
This entry was posted in Habitat - Rain forest, Learning Plants, Lifeform - Trees & Shrubs, Sapindaceae (Rambutan family) and tagged ackee, Castanospora alphandii, how to identify Sapindaceae, longan, lychee, Sapindaceae, Tamarind, tuckeroo, tulipwood. Bookmark the permalink.