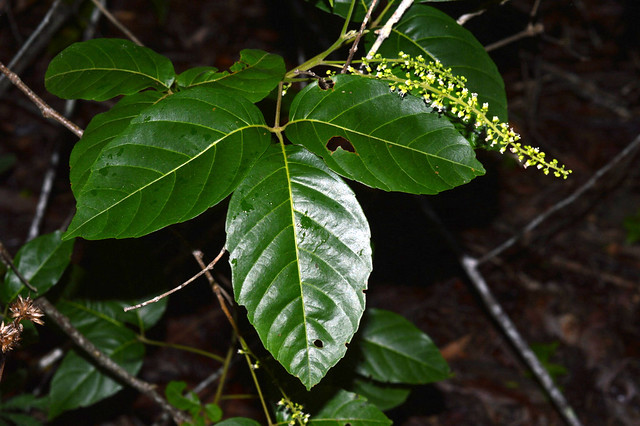 Meet “Allo the old cobber” – or at least what I imagine this familiar fella should be known as in Australia. Known to science since 1779, this shrub of mangroves and coastal regions is a well known and variable entity throughout it’s pantropical distributional. In Asia, this plant has been known under various other names, and heaps of varieties have been named (see the formidable Asianplant.net).

In quite a number of ways this species is an aberrant member of the Sapindaceae, or at least, it bears little resemblance to other Australian members of the family.

A. cobbe has trifoliate leaves instead of a pinnate leaf with a “pin”. Also, it has fleshy drupes (which are edible). 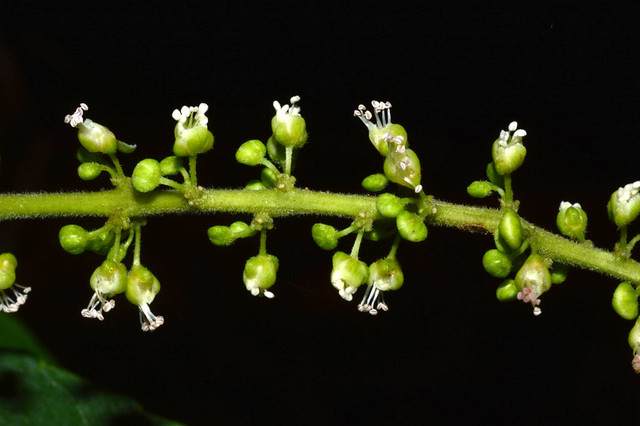 I find it curious why this plant has the common name of titberry, but perhaps alludes this alludes to it’s allure of the bright red berries to birds of that namesake. But I will supply this little titbit of information – the specific name “cobbbe” is derived from Sri Lankan name ‘kobbae’. 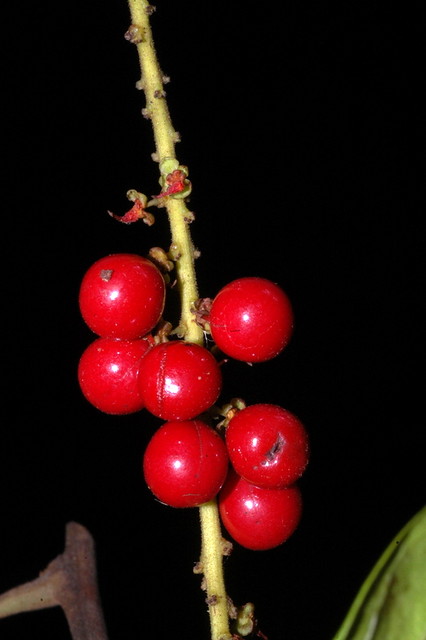 I have seen little about it’s uses in Australia, but elsewhere in it’s range it is known to have quite a list of uses. The wood is reportedly hard but not very durable, and is mainly used as a timber for the indoors, and for firewood. In the Bismarck Archipelago, the wood and branches are used for by seafarers as floats of outrigger canoes, and for marking fish trap locations.

The leaves pulped, or an extraction or decoction of them, and also root decoctions, are used in native medicine against fever and stomache. In Perak, children afflected with certain mouth diseases are treated with the plant, and in in Mindanao, the scraped bark is applied to rigid abdomen, and the bark to burns. In New Guinea, the fruits are used as a fish poison. 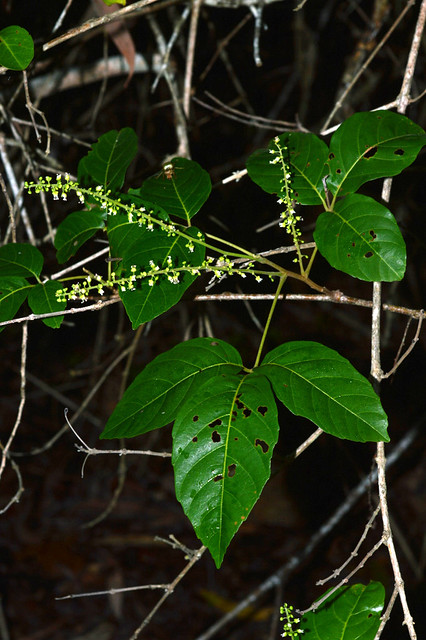 I am David Tng, a hedonistic botanizer who pursues plants with a fervour. I chase the opportunity to delve into various aspects of the study of plants. I have spent untold hours staring at mosses and allied plants, taking picture of pollen, culturing orchids in clean cabinets, counting tree rings, monitoring plant flowering times, etc. I am currently engrossed in the study of plant ecology (a grand excuse to see 'anything I can). Sometimes I think of myself as a shadow taxonomist, a sentimental ecologist, and a spiritual environmentalist - but at the very root of it all, a "plant whisperer"!
View all posts by David Tng →
This entry was posted in Edible plants, Habitat - Coastal forest, Habitat - Mangrove, Lifeform - Trees & Shrubs, Medicinal Plants, Sapindaceae (Rambutan family), Useful plants and tagged Allophyllus cobbe, Sapindaceae, titberry. Bookmark the permalink.