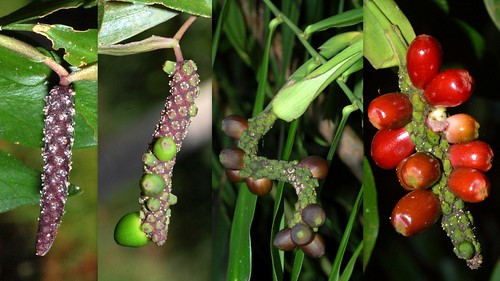 A long yearning? That’s what the name Pothos longipes seems to suggest. In Greek mythology, the character Pothos was part of Aphrodite’s attendants, and carried a vine, indicating a connection to wine or the god Dionysus. And “longipes” denote long-footed.

Pothos longipes is one of the most easily identified plants in the Wet Tropics – it’s common name Candle Vine should be a hint.

The leaves have a strange look – like that of a candle. The “flame” part is actually the main part of the leaf, while the long part is a petiole (leaf stalk) that is flattened out with leafy tisue. 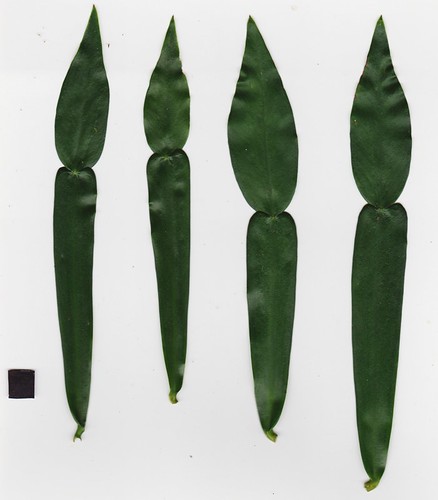 This common root climber is a relative of the Philodendron or climbing aroids, and are seen climbing up rainforest trees, often with free hanging stems. 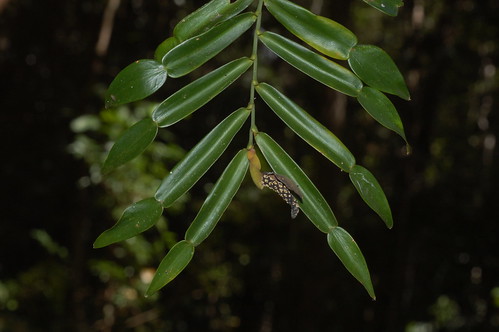 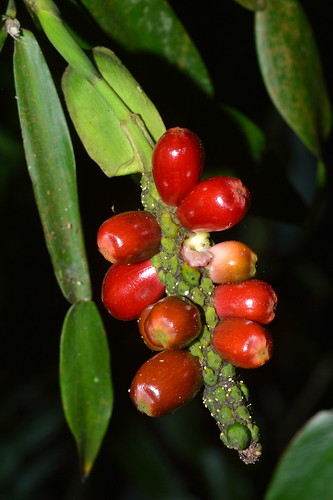 Far North Queensland has one other species of Pothos, Pothos brassii, which is a much rarer endemic plant in wetter rainforests.

I am David Tng, a hedonistic botanizer who pursues plants with a fervour. I chase the opportunity to delve into various aspects of the study of plants. I have spent untold hours staring at mosses and allied plants, taking picture of pollen, culturing orchids in clean cabinets, counting tree rings, monitoring plant flowering times, etc. I am currently engrossed in the study of plant ecology (a grand excuse to see 'anything I can). Sometimes I think of myself as a shadow taxonomist, a sentimental ecologist, and a spiritual environmentalist - but at the very root of it all, a "plant whisperer"!
View all posts by David Tng →
This entry was posted in Araceae (Aroid family), Edible plants, Habitat - Rain forest, Lifeform - Climbers, Lifeform - Epiphytes and tagged candle vine, guyu, Native pothos, Pothos longipes. Bookmark the permalink.